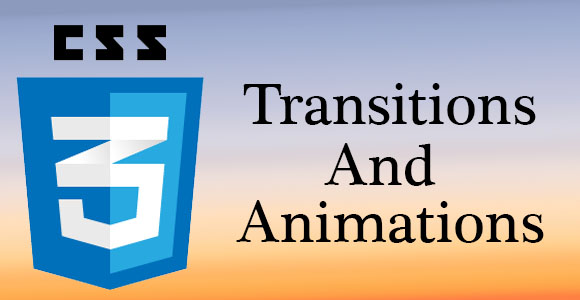 With CSS3 Transitions, you can change the state of an element from one to another, but you cannot get more control on the element if you add multiple states in transitions. That is where Animations come into play, where you get full control on your animated elements.

In CSS3 transitons, you don’t get the flexibility to add multiple points at which an element should go through the transitional effects. But in CSS3 Animations you have @keyframes rule, which lets you set multiple points for an element to go through the applied effects. To apply the @keyframes rule in your animation, you need to mention the animation name, animation breakpoints such as 10%, 50% and 100%, and the properties that need to be animated.

Here’s how you set the @keyframes rule.

Just like the CSS3 Transitions, you need to add browser specific prefixes for applying the @keyframes rule. Though, the latest versions of Internet Explorer, Mozilla Firefox and Opera support the @keyframes rule, but you should still include their vendor prefixes to ensure that the animation works smoothly on their previous versions.

The animation code given above has been named as the moving triangle, which has been defined right after the @keyframes rule. As you can see, we have provided 6 different breakpoints in the code that start at 0% and goes up to 100%. The breakpoints are set at regular intervals of 20%. Moreover, instead of using 0% and 100% in the beginning and at the end, you can also use from and to. And, you can always add or remove one or more breakpoints in the animation effect.

If you notice the code precisely, you will see that the element properties that will be animated while execution of the code are listed inside each of the given breakpoints. For example; in the above show code, we have included the left and top.

You must also note that by using transitions you can only animate any individual property. For example; try moving an element from the top to bottom, for which you’ll probably keep the values for top and bottom to 0, and that won’t work at all. That’s because with animations you can only and only apply the transitional effect within a single property rather than from one property to another.

After defining the animation-name property for an animation effect on a particular element, you would need to define its duration, the timing function, and the delay if required; it’s just like what we did in CSS3 Transitions. For animation-duration property, you can keep its value in seconds or milliseconds, like we did in transitions.

With CSS3 Animations, you can play like you want to, which means you can customize the animation effect at your will, as it’s you who can easily take full control of an element’s behavior. For example; you can set the number of times an animation will run, as well as its direction in which it will be completed.

Moreover, the ‘alternate’ value also reverses any defined timing-function when it takes the effect while reversing itself. For example; if you define the ‘ease-in’ for timing-function, which will take the animation effect from 0% to 100%, it then utilizes the ‘ease-out’ value while going back from 100% to 0%.

This animation property permits an animation to be in active or paused state using any of the two keyword values namely; ‘running’ and ‘paused’. When you start a paused animation, it will continue from its present state rather than beginning from 0 again.

The animation-fill-mode property defines how styles are applied to an element outside the animation itself. When you use this property, it knows of the styles are to be applied before, after, or before and after an animation is in play. For this animation property you can use the four keyword values, which include none, forwards, backwards, and both.

If you would not like to apply any style to your element before or after an animation starts to play, you should keep its value as ‘none’.

With the ‘forwards’ value you can keep the styles defined from the last keyframe to play continuously and exceed the duration of the animation. However, you must also keep in mind that these styles can get affected by the values of the animation-direction and animation-iteration-count property.

The ‘backwards’ value will extend the styles within the first specified keyframe before the animation starts to play. This also includes applying those styles at any time which you may have set for an animation-delay property. Just like the forwards value, the backwards value may also get affected by the value of the animation-direction property.

At last, the ‘both’ value will apply the animation effects from both the forwards and backwards values.