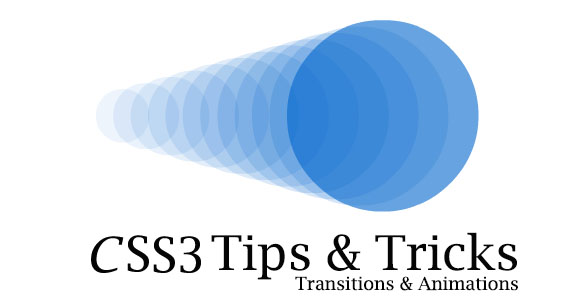 So let’s begin with the first property of CSS3 Transitions, and as we move on further we will explain each and every CSS3 Transitions property with demo. Apart from this, we will also provide you with a list of all transitional properties that you can define inside transition-property.

Moreover, there might be occasions when you will need to execute multiple properties using CSS3 transition-property. In that case, the values can be separated with a comma. Additionally, you can also keep ‘all’ as the value if you want the transitions effect to take place on all the properties of an element.

Here you can see for the transition-property value, we have kept the background, and border-radius. With this, when you’ll hover over the given triangle shape, it will get transformed into a circle with two different background; one the triangle background as a triangle has been formed using border-color, and the actual background, which only comes while hovering the mouse.

Transition-duration is the time a transition takes to complete. You can set its value using the general time measuring units, including milliseconds (ms) and seconds (s). The value can also be kept in fractional measurements, for example; .2s.

The ‘linear’ value demonstrates a transitional effect moving ahead at a steady speed from a particular state to a new one. The ‘ease-in’ value reflects a transitional effect that progresses slowly in the beginning and soon speeds up and maintain the same till the time transition effect gets completed. The ‘ease-out’ value works exactly the opposite of the ease-in value. When you keep the ease-out value, the transition starts at a great speed but slows down for the entire transition duration. At last but not the least, the ‘ease-in-out’ value identifies a transition that begins slowly, speeds up in the middle, and gets slow at the end.

This property works in a cubic-bezier function, for which the values can also be set specifically. You can keep its value in numeric form. For example; x1, y1, x2, y2. The other values include step-start, step-stop, and a uniquely identified steps (number_of_steps, direction) value.

If you want the transition effect to begin with a little delay, the transition-delay property will come in handy. The value for the delay can be set in milliseconds or seconds, which will inform the browser how long the set transition effect should be held up before executing it completely. Here also you can set the delay for multiple transitions, for which the declared values can separated via comma.