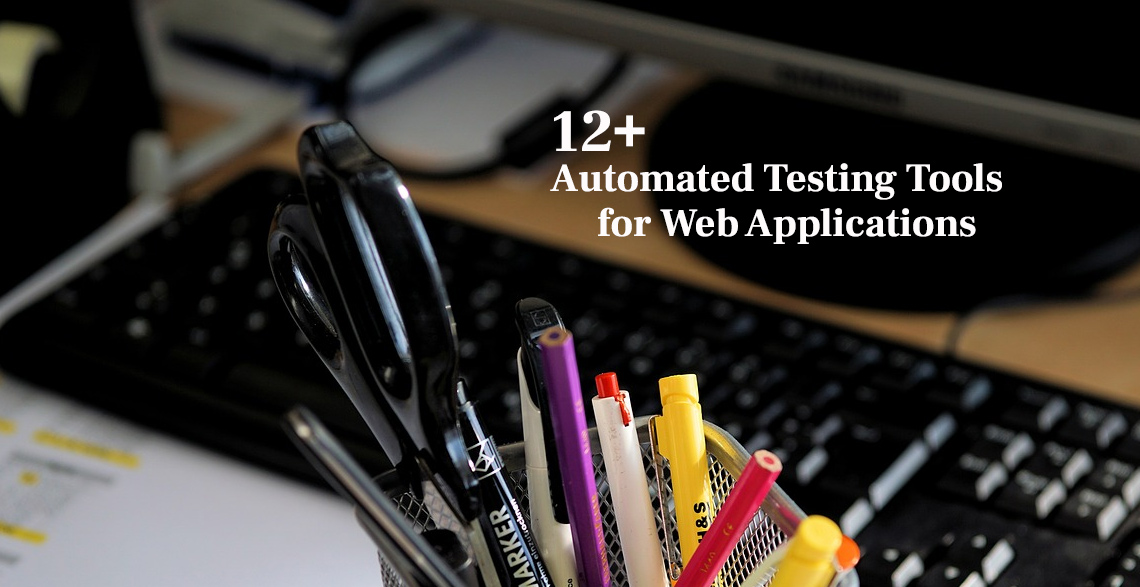 With the rapid adoption of Agile and DevOps methodologies in recent years, the way how we test web applications has completely changed today. Unlike previously where we used to manually test a web application, testing nowadays is performed by a computerized system to save time and get faster, more accurate results. The new approach is called Automation Testing or Test Automation.

The main reasons why Automation Testing is a preferred choice for quality testers are Speed, Time, and Quality. However, picking the right automated testing tools is the first and foremost step to unleash the true potential of automation testing. With that in mind, here’s a hand-picked list of the best automation testing tools which QA professionals can use to improve their web apps significantly.

Let’s start with understanding what Automated Testing actually is!

What is Automated Testing?

In software testing, Automated Testing or Test Automation refers to the use of specialized software systems, aka automation testing tools, separate from the one being tested, to control the execution of tests and compare the actual outcomes with the expected results.

The automated process requires little or no human intervention and is often used to automate some repetitive but necessary testing tasks that may be too difficult to perform manually. The main objective of automation testing is to provide testers with higher efficiency, effectiveness, and accuracy.

What Are the Different Types of Automation Testing?

There are many types of tests that can be automated. However, we can’t really get them all into one post. Here are just a few to give you a good starting point.

These tests leverage different types of static and dynamic code analysis tools, such as SonarQube and Coverity, to check if your code is likely to cause bugs or security problems. In fact, Code Analysis is the first and foremost step to quality improvement.

Unit tests are designed to test a specific section of code individually to ensure it is working as expected.

Also known as Build Verification Testing, Smoke Testing is usually performed after a maintenance window to examine whether the deployed build is up and running.

Functional Testing is performed to determine whether all functions and features of the software are working as expected or not.

Graphical User Interface (GUI) tests involve the testing of the user interface to ensure all the visual elements of the software are looking and functioning as expected.

These tests are performed to determine if the Application Programming Interface (API) of the software is working and interacting correctly with other software applications.

Usually performed after the completion of Unit Testing, Integration Testing involves the testing of units or modules that are integrated.

Regression Testing is performed to verify that a recent change in code doesn’t affect the old code, and everything is working like before.

Acceptance Testing is usually done to ensure if the software system has met the required criteria for delivery to end-users.

Performance tests are non-functional tests performed to check the speed, scalability, and stability of the software under different workloads.

Security Testing performed to check if the software is capable enough to combat with ever-emerging cybersecurity threats.

This is performed to get immediate feedback on potential risks associated with a software release candidate.

The Key Benefits of Automation Testing

The key advantages of automated testing include:

To help you understand the difference between automated testing and manual testing, here is a quick comparison of the two.

In the long run, automated testing returns higher on investment when compared with manual testing.

Automation Testing depicts a higher accuracy than manual testing due to computer-based testing.

Humans aren’t a part of the automation testing equation, while manual testing is truly human-based.

Testing at a large scale can be easily performed with automation testing, while manual testing requires a significant amount of time for the same.

In automation testing, the turnaround time is much lower as compared to manual testing.

LambdaTest is one of the most popular and widely used cloud-based cross-browser testing platform that empowers QA professionals to perform automated and live interactive testing on their websites and web applications across 2000+ web/mobile browsers and operating systems online. You can even integrate it with your favorite tools such as Asana, Slack, Trello, Jira, and more to collaborate seamlessly with other testers.

Selenium is an open-source suite of testing tools that automate web browsers across a variety of platforms. Comprised of 4 components, Selenium WebDriver, Selenium IDE, Selenium Grid, and Selenium RC, it facilitates test engineers to run, scale and distribute complex and advanced automation scripts across a wide range of environments.

Experitest is your all-in-one solution for cross-browser testing, Appium & Selenium testing, mobile app testing, and more. With this extremely powerful testing tool, you can create and execute hundreds of manual or automated tests simultaneously across 2000+ browsers, devices, and operating systems in the cloud. Additionally, it also integrates well with other popular development and testing tools.

Trusted by over 4k+ companies and 14k+ users worldwide, Ranorex is an all-in-one tool to automate the testing of desktop, web-based and mobile applications. Using this exceptionally powerful automated testing tool, you can create and run automated test modules using popular programming languages and frameworks such as C#, Java, and VB.NET. And, the best thing about Ranorex is that it comes with a codeless click-and-go interface and best suitable for beginners.

Pronounced as “water”, Watir is an abbreviation for “Web Application Testing in Ruby”. With the help of this open-source Ruby library, you can automate web application testing for popular modern web browsers such as Chrome, Firefox, Opera, Safari, and Internet Explorer. The most noteworthy thing about Watir is that it interacts with a browser the same way a human does.

Used by over 55k small, medium, and large companies, Katalon Studio is a complete cross-platform automation testing solution for API, web, mobile and desktop applications. It is built on top of Selenium and Appium and facilitates you to quickly generate and execute tests on all browsers, devices, and operating systems. Available on both Windows and Mac, Katalon comes with a built-in test recorder and offers out-of-the-box Jira integration.

LEAPWORK is another popular automation platform that allows you to write and execute high-quality test cases without writing a single line of code. Unlike other automated testing tools in the list, it offers visual building blocks that include all the logic and commands needed for test automation, RPA and more. Moreover, it has the shortest learning curve of any equivalent tool and requires only a single day to get started.

Built on the top of Selenium, CloudQA is a simple yet powerful cloud-based automation testing tool that offers codeless testing along with record and playback. Allowing you to run hundreds of tests in parallel across different browsers, it speeds up regression testing and release cycles by up to five times. Furthermore, CloudQA integrates well with your existing tech stack, including Slack, Asana, Jenkins, and Jira.

Cypress is a lightweight and fast open-source front-end testing tool designed to make everything from setting up to writing and running to debugging easier for both developers and QA engineers. It is created keeping the modern web in mind and thereby can handle modern JavaScript frameworks like no other tool. While most end-to-end automated testing tools are Selenium-based, Cypress is built with a completely new architecture from the ground up.

Claimed to be the easiest-to-use automated testing tool, TestComplete leverages the power of Artificial Intelligence (AI) to make it quicker and easier for QA professionals to create, maintain, and execute automated UI functional tests across for mobile, web, and desktop applications – all without additional plug-ins. With TestComplete, you can expand your test coverage and ensure you ship battle-tested, bug-free web applications.

TestingWhiz is a simple, intuitive and codeless automation testing tool for multiple scenarios such as Web, Mobile, API testing, etc. Having a very short learning curve, it comes with a powerful Automation Engine using which you can take your test and deploy your web applications at DevOps speed. Equipped with an intuitive Record/Playback feature, TestingWhiz offers over 300+ drag and drop commands to take your test automation to a whole new level.

TestCraft is a code-free test automation platform that allows testers to visually create fully automated, Selenium-based test scenarios that you can run on multiple browsers, platforms, and work environments. Like TestComplete, TestCraft also takes advantage of the revolutionary AI technology to reduce maintenance time as well as the development cost of a web application.

In addition to the above-mentioned automation testing tools, you can also try the following tools to automate testing of your web applications:

How to Pick the Right Automation Testing Tool?

With a multitude of automation testing tools available online, selecting the right tool can sometimes be tricky. Keep the following criteria in mind to select the best automation tool for your requirement:

Hopefully, you would find this article useful and informative. In case you’re looking for a reliable partner to automate the testing of your web applications, feel free to contact us.